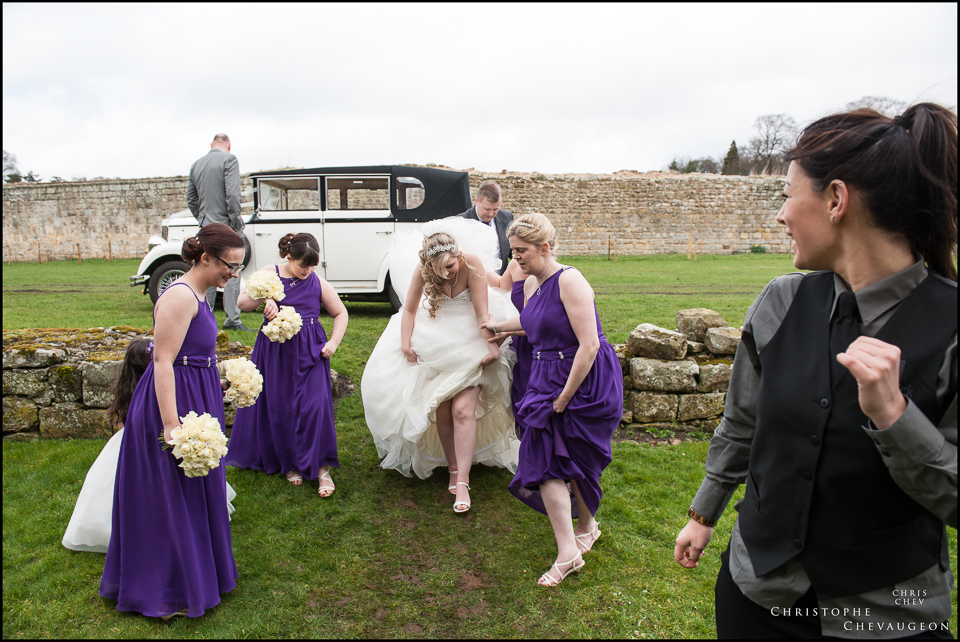 What a joy it was to cover Stephanie and Jordan’s extraordinary wedding from preparations in Alnwick, the ceremony at Hulne Abbey followed by the reception at Alnwick Castle . Northumberland spring weather was up to its old tricks: rain and wind to start with that gently subsided to offer all a lovely timely spell of sunshine. Rain was coming down fast during the preparations to stop just  in time for the groom , family and guests to arrive at the Abbey. And when Stephanie finally arrived ( late as expected ) the sun started to make a welcome but shy apparition; the wind , on the other hand never let up, which complicated Stephanie’s first steps into the marquis with her veil playing up beautifully.

The ceremony was a delight, made all the easier for me by the registrar who was happy for me to move about ( discreetly) during the proceedings. Stephanie decided against taking a stroll on the grounds of the Abbey:the wind was just too strong ! Congratulations, drinks and a few formal and informal photos later, the wedding party made its way in style to Alnwick Castle:family and guests by bus and the newly-weds in a beautiful vintage car. They were greeted and led to the castle by a traditional Bagpipe band and the Bridesmaids. After the breakfast, Father , Groom and Best man made their speeches.

I managed to steal away Stephanie and Jordan for a walk on the grounds as the sun was settling down with the wind still acting up! A group photo and a collective stroll on the grounds later, we managed some indoors(fun and classic) group photos and Stephanie and Jordan proceeded with a very relaxed cake cutting session.  Then Stephanie enjoyed  first dances with her husband and then with her father, and when I left the party was still going strong.

Stephanie and Jordan were happy for me to work in a mixture of styles, reportage or documentary, classic formal for group photos and a mix of traditional and contemporary photos of just the two of them.

To discover more , just click on any of the photos below. 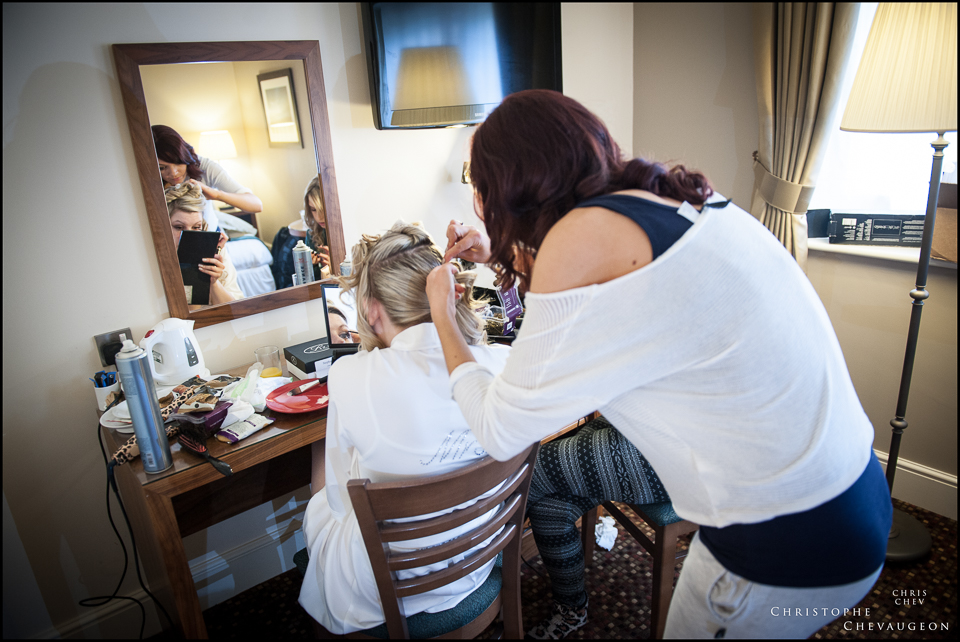 Just moments before the bride makes her entry at Hulne Abbey 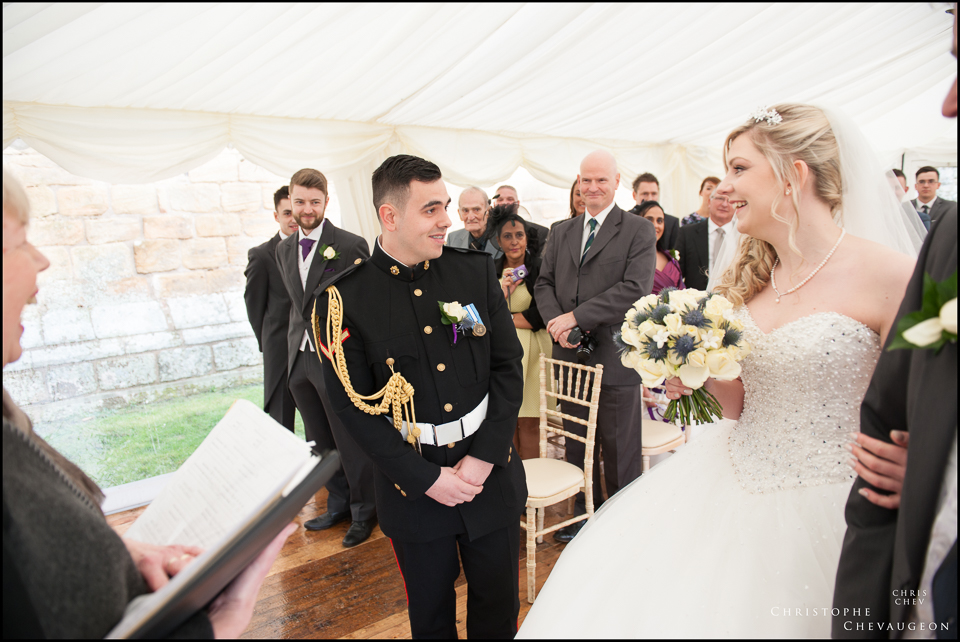 The Groom setting eyes for the first time on the Bride 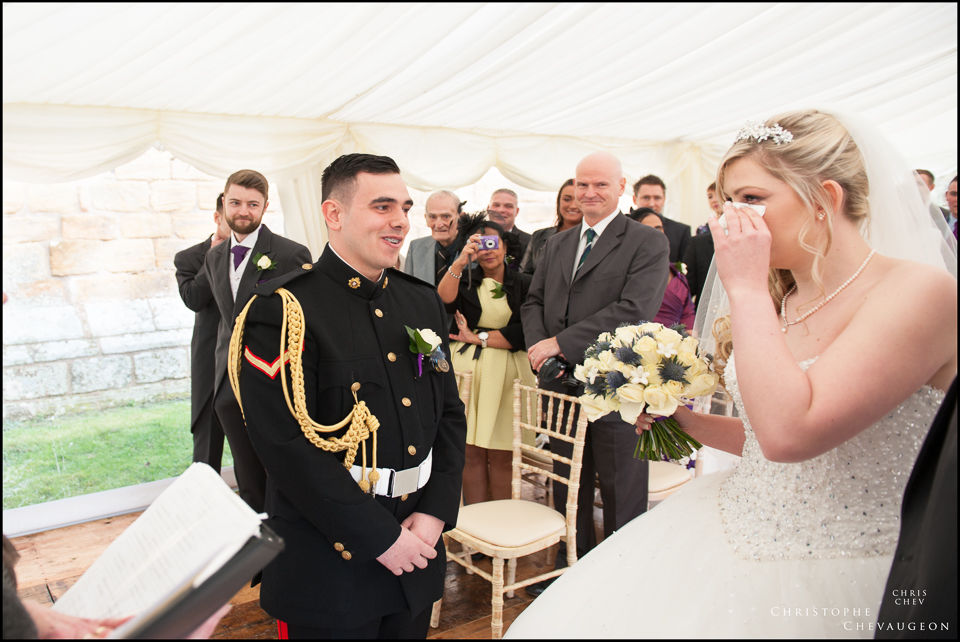 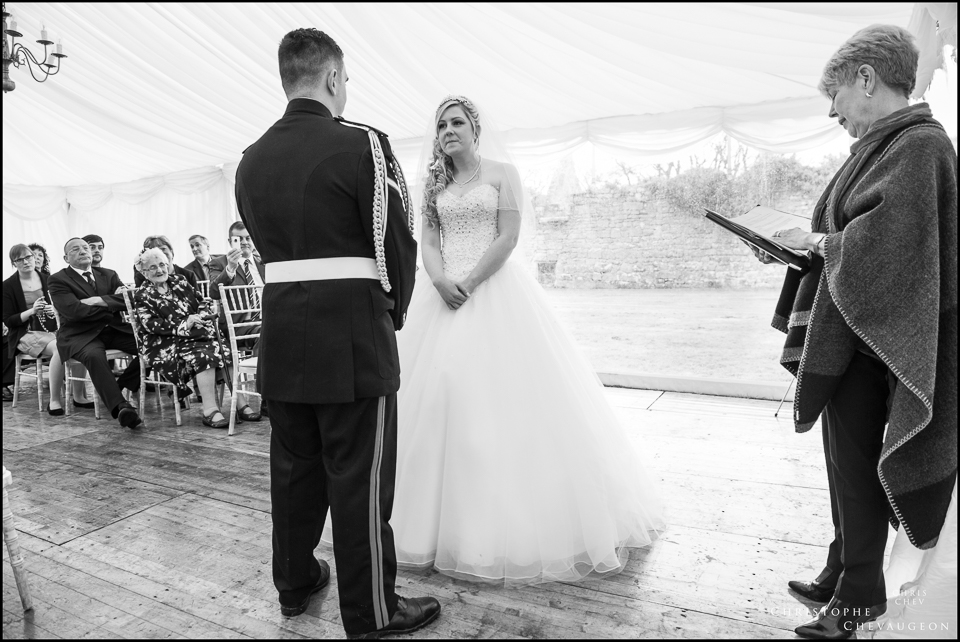 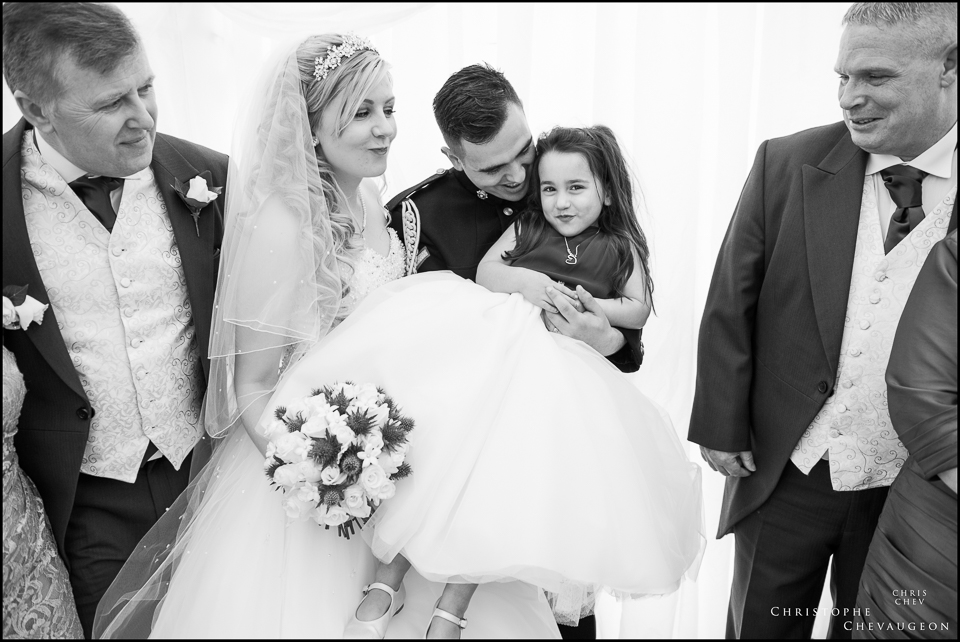 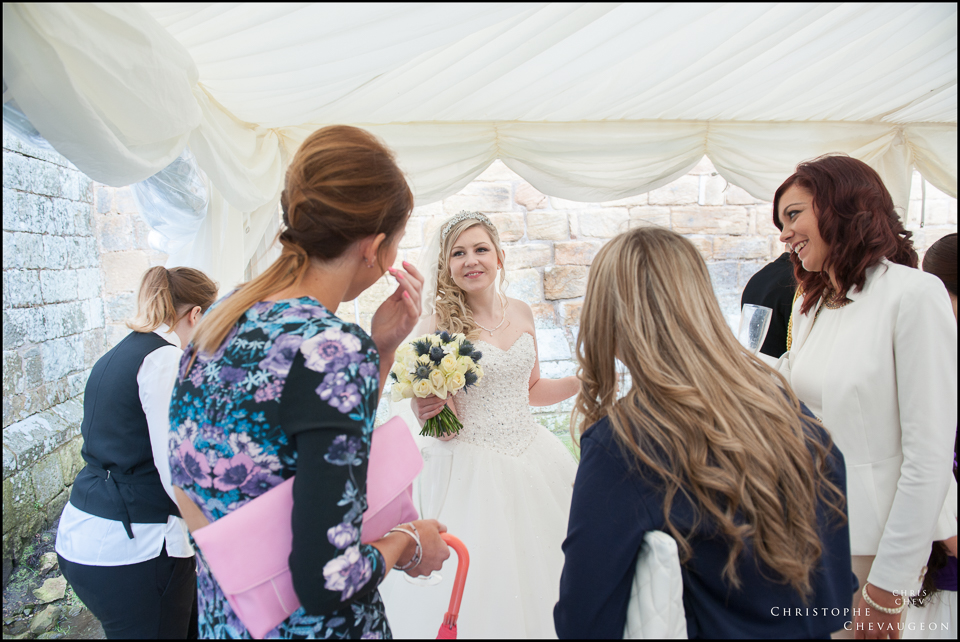 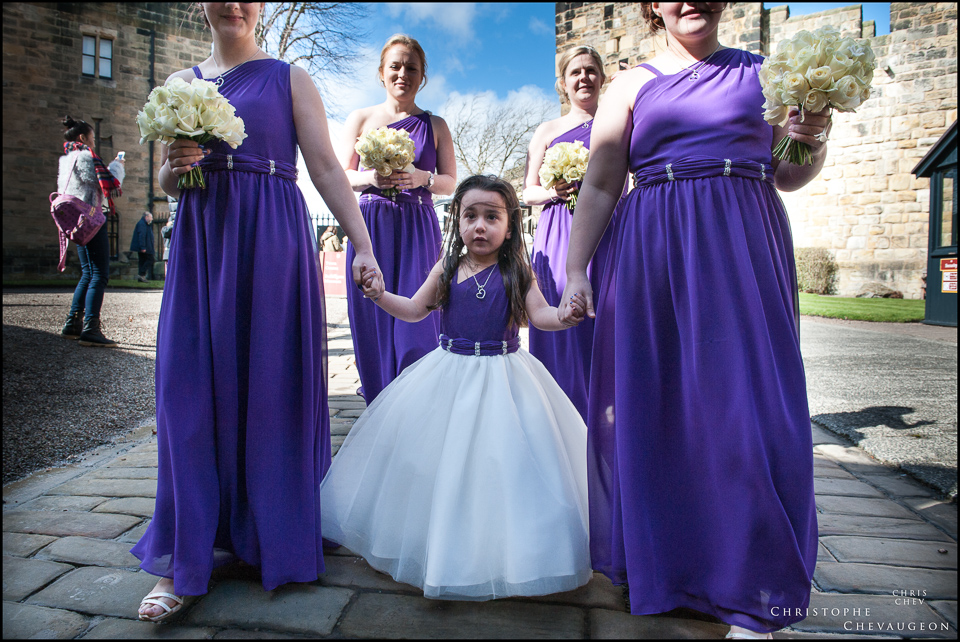 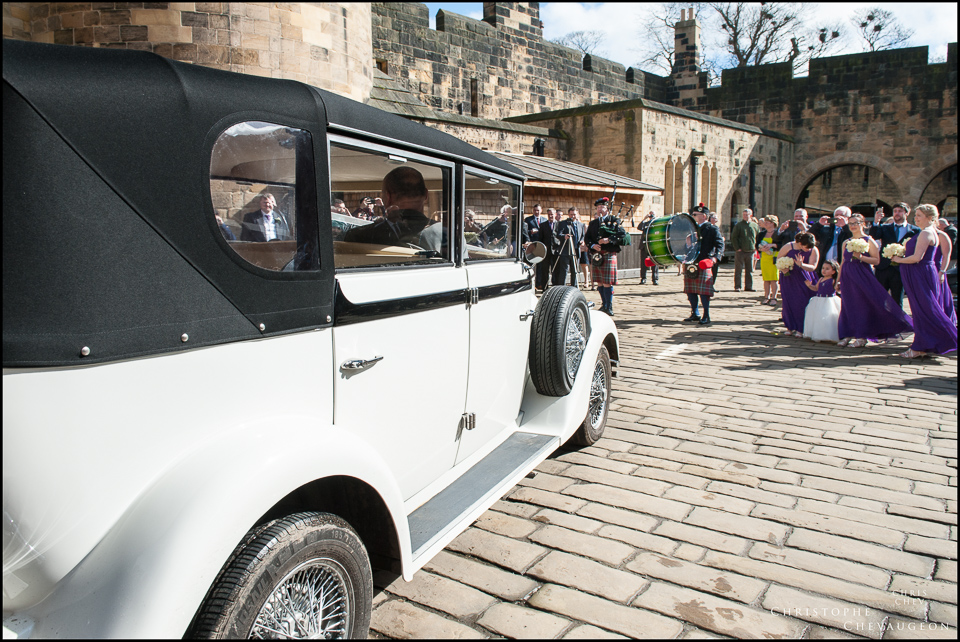 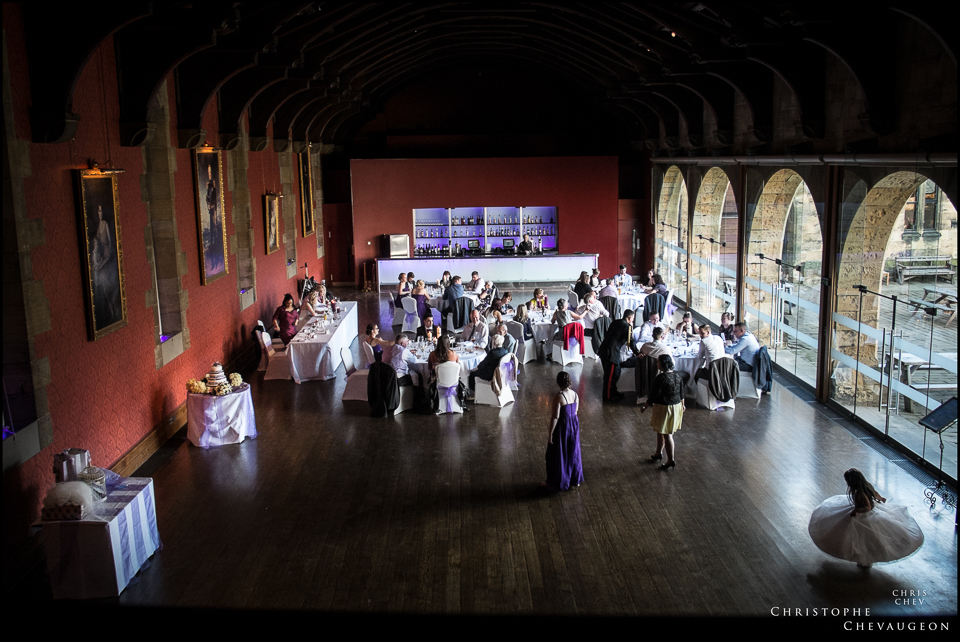 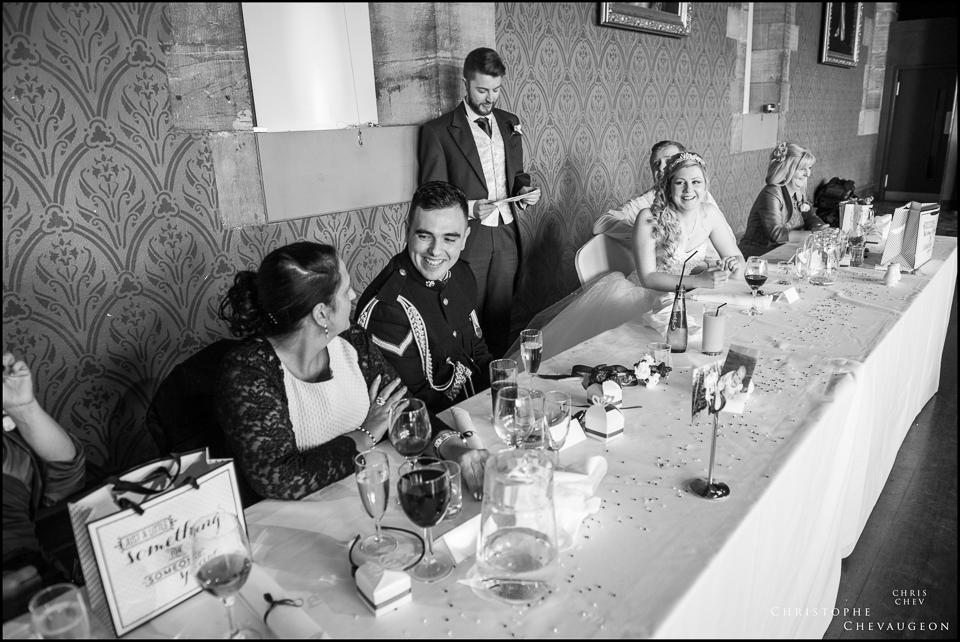 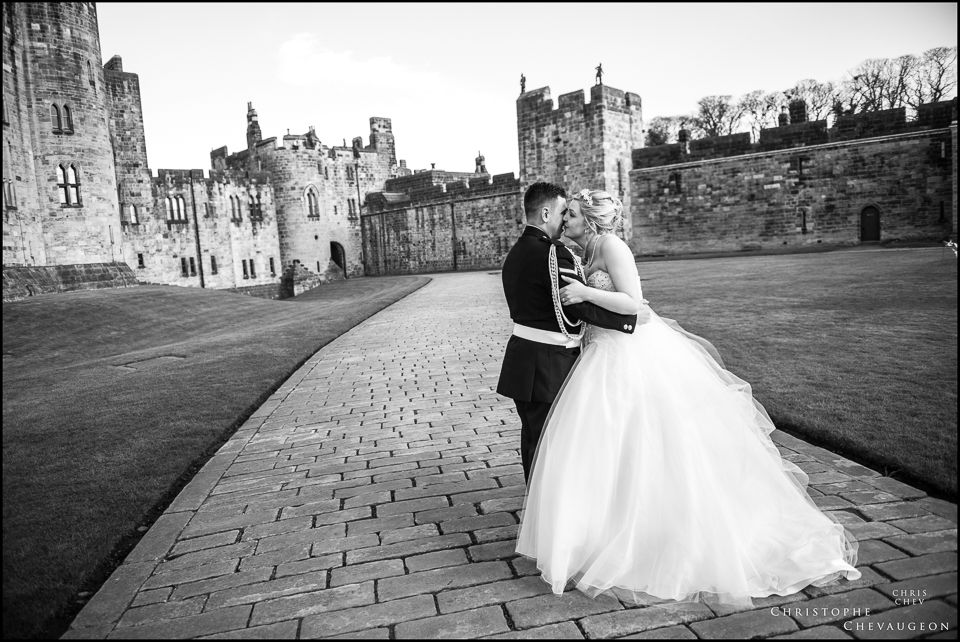 A quiet moment away from the Wedding Party 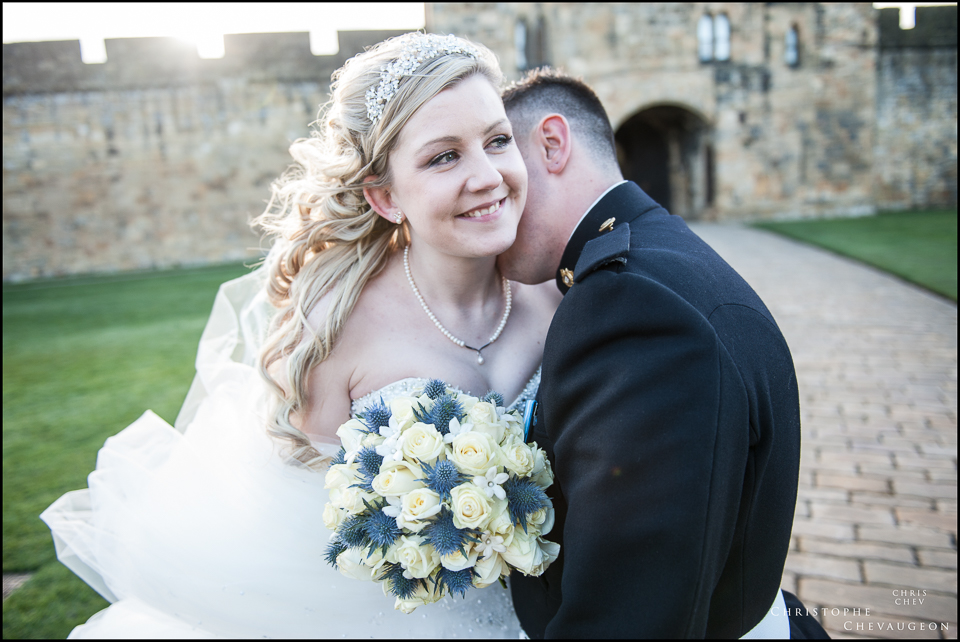 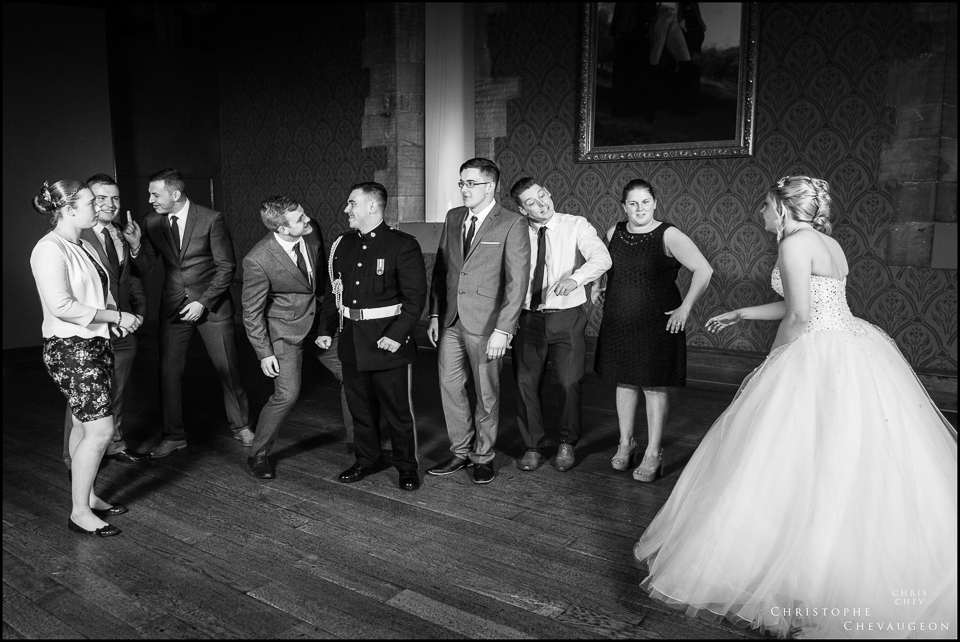 Group photos do not always have to be formal 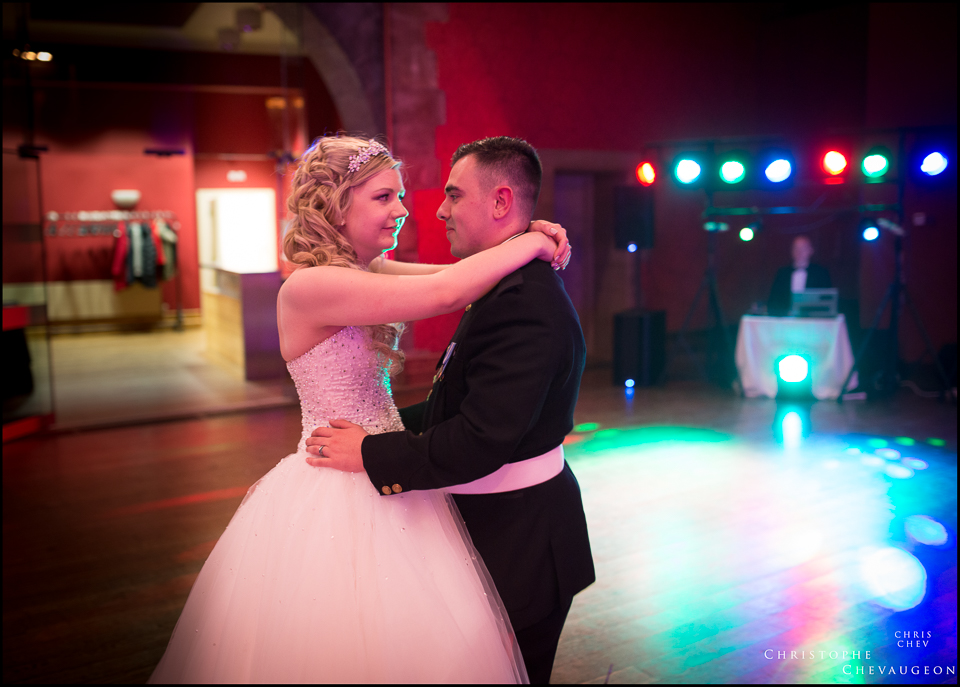 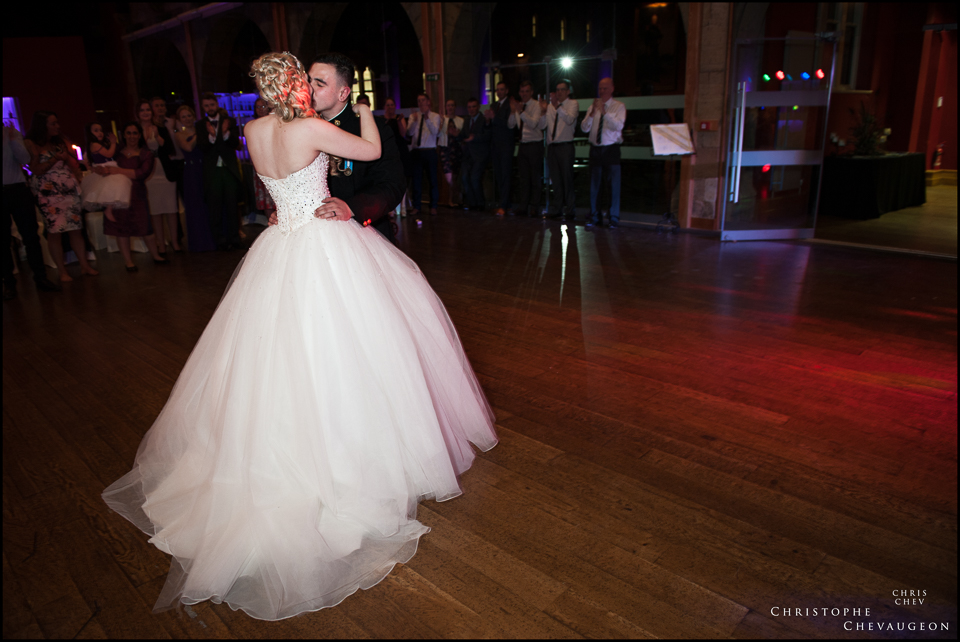 Based in Northumberland, I offer as standard to couples across the North East generous unobtrusive coverage of their wedding day from preparations to evening party at very inclusive prices.  I’ll create for you elegant photographs in a natural style true to your story that will stand the test of time.
Looking for original or classic portraits ?  Need a head shot. Have a special project ? Check out some of my portrait work.

Based in Northumberland, I offer couples across the North East generous unobtrusive coverage of their wedding day from preparations to evening party as standard at very inclusive prices.  I’ll create for you natural and  elegant photographs of your day that will stand the test of time.

I also offer photography from head-shots in my studio CameraWork45  or in the comfort of your home to environmental and lifestyle portraits.